I have always been spurred on in my radio activities by the desire to get onto higher and higher frequencies so when I saw that kits for puting together a 122 GHz transceiver were becoming available I could not resist getting one. I ordered the 122 GHz populated PCB designed by Andrew Anderson VK3CV / WQ1S and produced by Tim Tuck VK2XAX. It duly arrived about six weeks ago. I decided to make the antennas myself as I have a small lathe and enjoy a bit of machining now and again.  I produced two antennas as per the original drawings supplied as part of the project. The board is pictured below.

I boxed up the board and mounted my circular horn on the PCB and arranged for the horn to protrude through the box.as shown below. 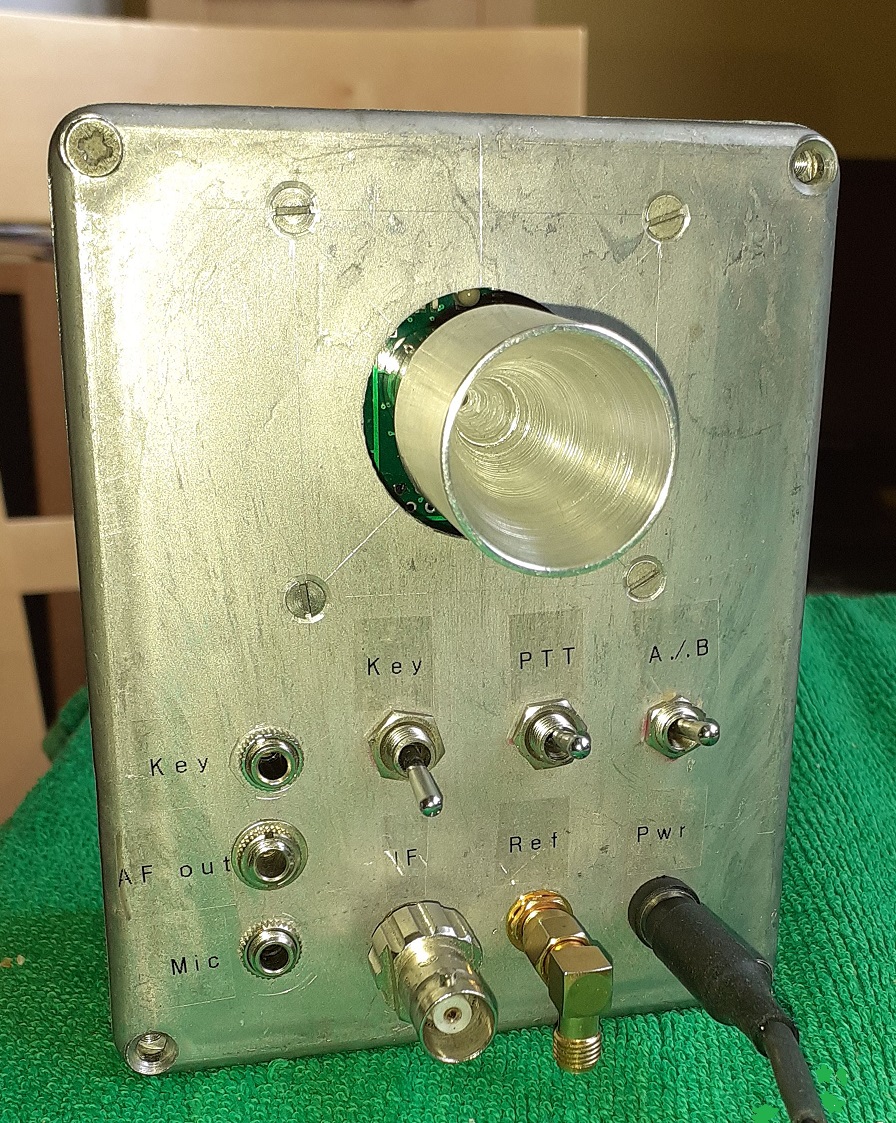 Locally to me Peter bates GM4BYF had also bought a set of bits to build up a system so there was the possibility of having some QSOs! Earlier this week I visited Peter and we had a preliminary test acoss his garden and then went out to do a test over a longer path. Fortunately my home town of Edinburgh is endowed with plenty of hills. Peter went onto the Blackford hill and I set up shop on the Braid hill and we had a QSO over a path of 0.68 km.

We believe this is the first GM to GM contact on the 122 GHz band. Once we got the horns lined up the signals were S5 to S7 and good copy on FM. There was some QSB on the signals which we attributed to a tree which was close into the path and it was quite windy. This test showed up a few deficiencies in my setup.and a couple of days later I improved the mounting and antenna pointing arrangement for my transceiver. It also was apparent that I was overdeviating and I corrected that.

Flushed with success from our first QSO we decided that we would try to have a cross border QSO GM to G!  We considered a number of locations around Coldstream on the A697 and Carter Bar on the A68. Finally Peter spotted a disused rail way line that crossed the border just east of the town of Kelso. As the Carter Bar site was likely to be busy with people visiting the border viewpoint the disused railway sounded better proposition! 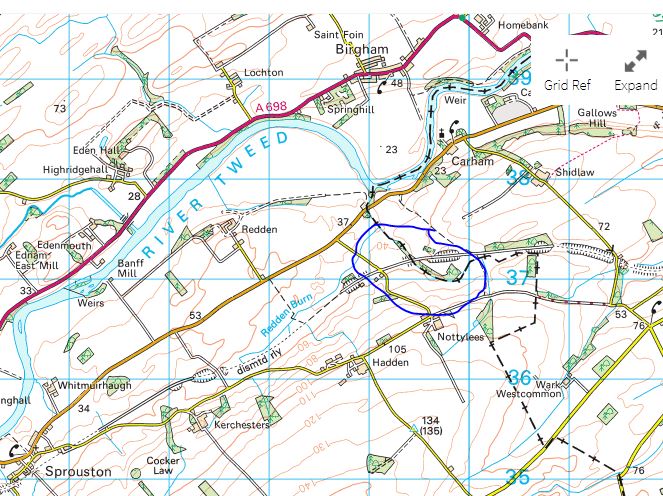 A "survey" on Google maps indicated that it would be possible to drive a car down the line of the railway so we set off to the site and set up shop with the stations 0.16km apart on the railbed and had a QSO. Peter operated as G4BYF/P (as he was originally from Birmingham) and I used GM8BJF/P. Signals were S9+40dB and fully quietening the receivers at each end of the path. Pictures are below and a video of the QSO is included below them. 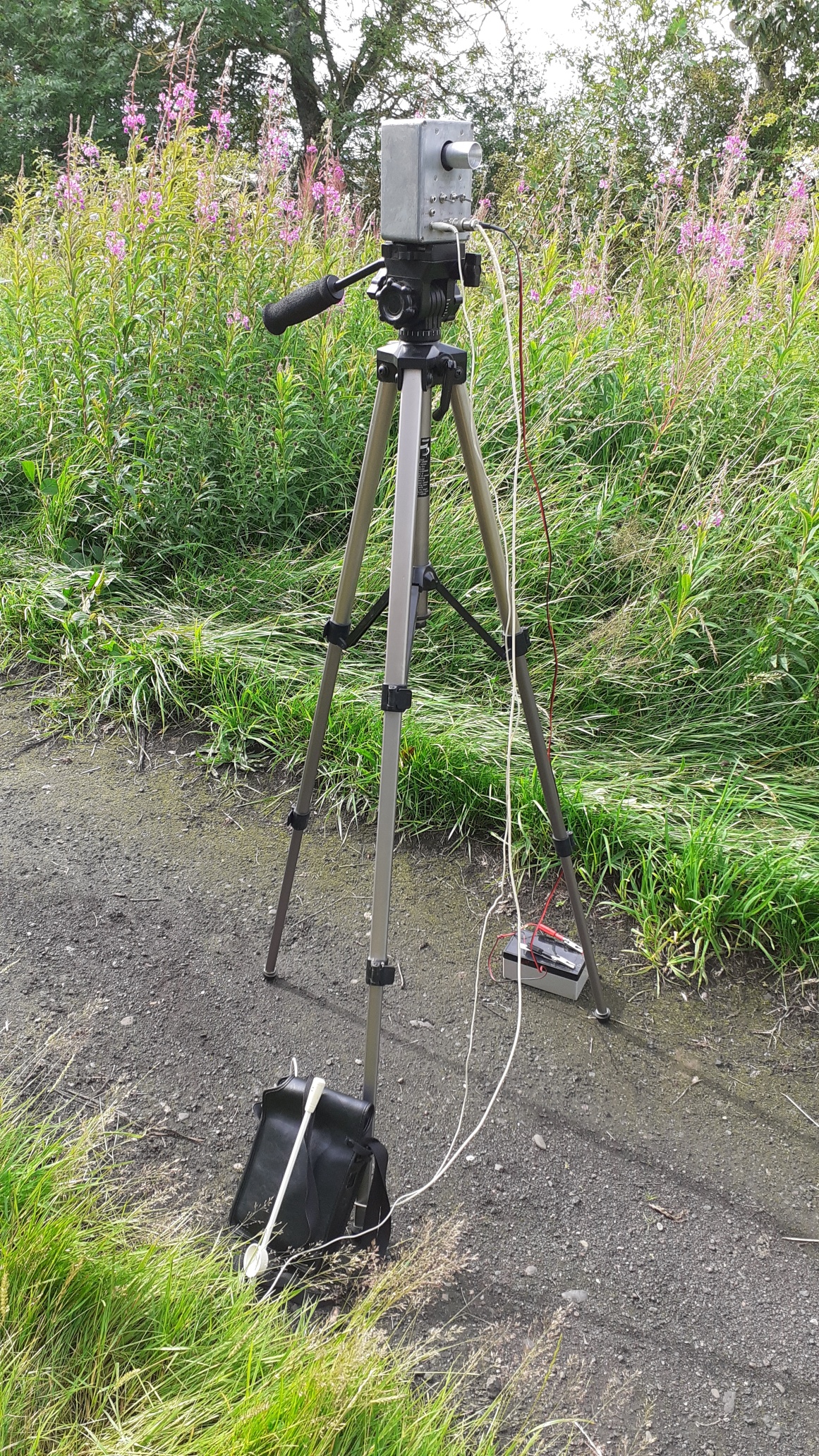 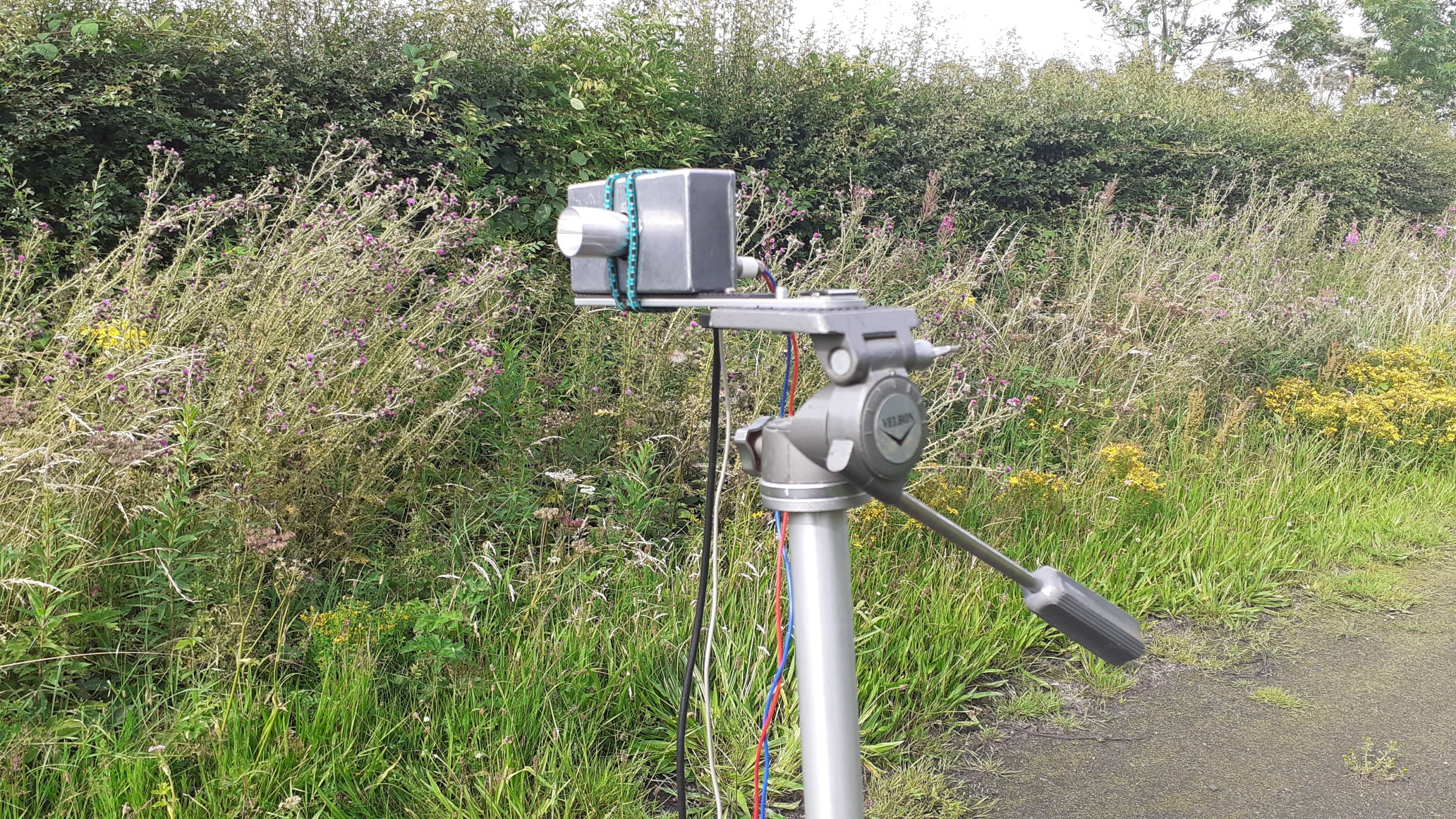 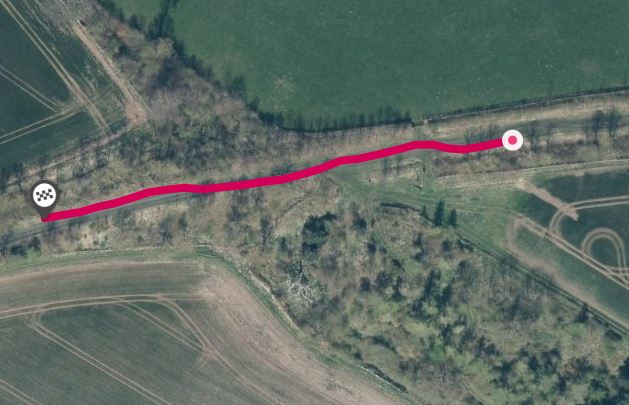 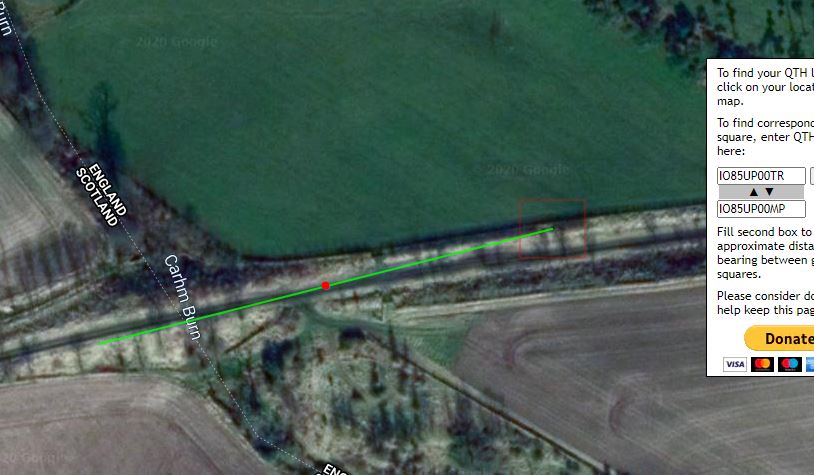 Details of the QSOs

Some interesting Doppler shift caused by me!

Afterwards I was curious about the history of the railway and where it went to and came from. I found  Airey's Railway Map of Scotland Published in 1875 which shows it as being owned by the the North Eastern Railway Co and it ran roughly along the border from Berwick on the east coast joining with the North British Railway near Kelso and carrying on to Carlisle on the west coast.